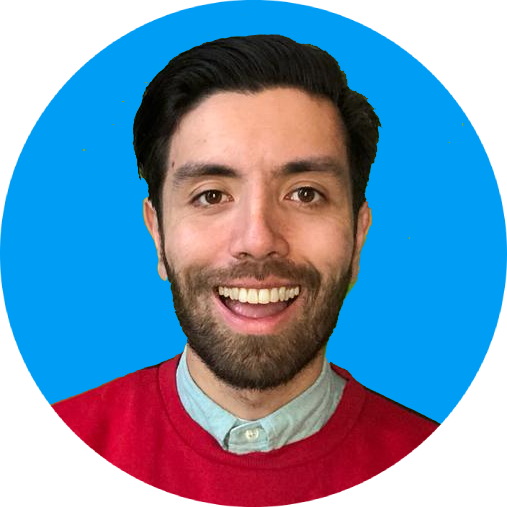 Before I tell you how they do it, I’ll show you where I learned this.

A while ago, I bought and finished Hooked by Nir Eyal in just two days. You can say I was completely hooked (pun intended). The reason I am so fascinated with this book is because it explains clear as day how to make your tech products as addicting as possible. It literally tells you how to make people “hooked” to your product. That is both fascinating and extremely scary to me. 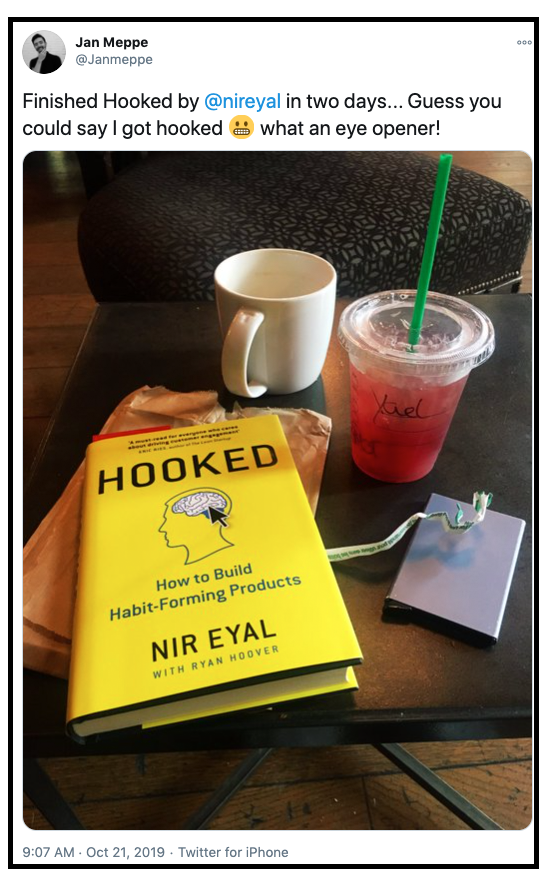 Nir actually liked my tweet which made me way more excited than I should’ve been, celebrity worship is a real thing huh.

Anyway, I digress. Back to the main point. Why are big tech products so addicting?

The short answer is: because they are engineered to be addicting.

The long answer is: because they use a four-step model, called the Hooked model, that exploits how our brain works. These products contains multiple triggers that encourage us to take actions which reward us with variable rewards leading to a learned dopamine feedback loop and whose products actively nudge us to invest in the platform which exploits our social nature to keep us hooked in by feeling we might otherwise miss out. What a mouthful!

This is how it works. 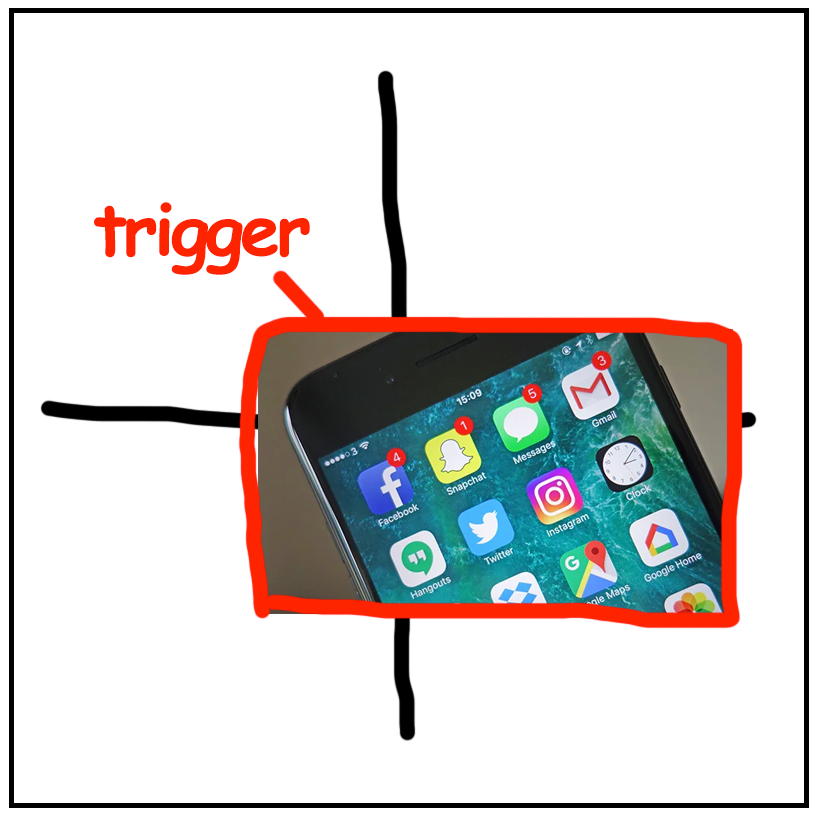 This triggers us to take an action, which at this point is opening the app. 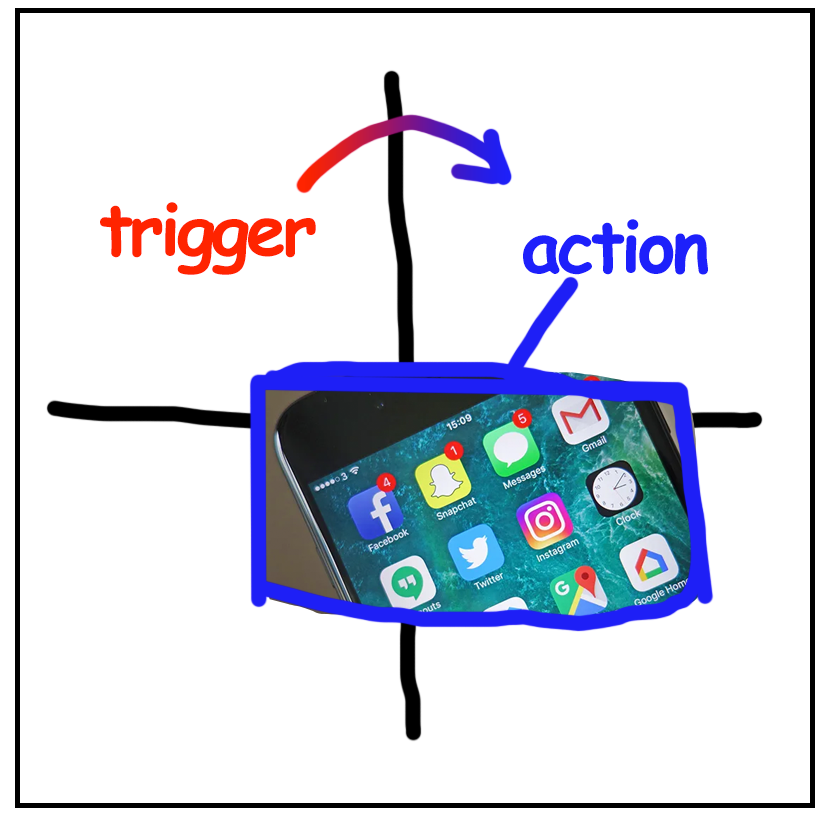 Then comes the variable reward. The unpredictability of the reward is crucial in making the product as addicting as possible. 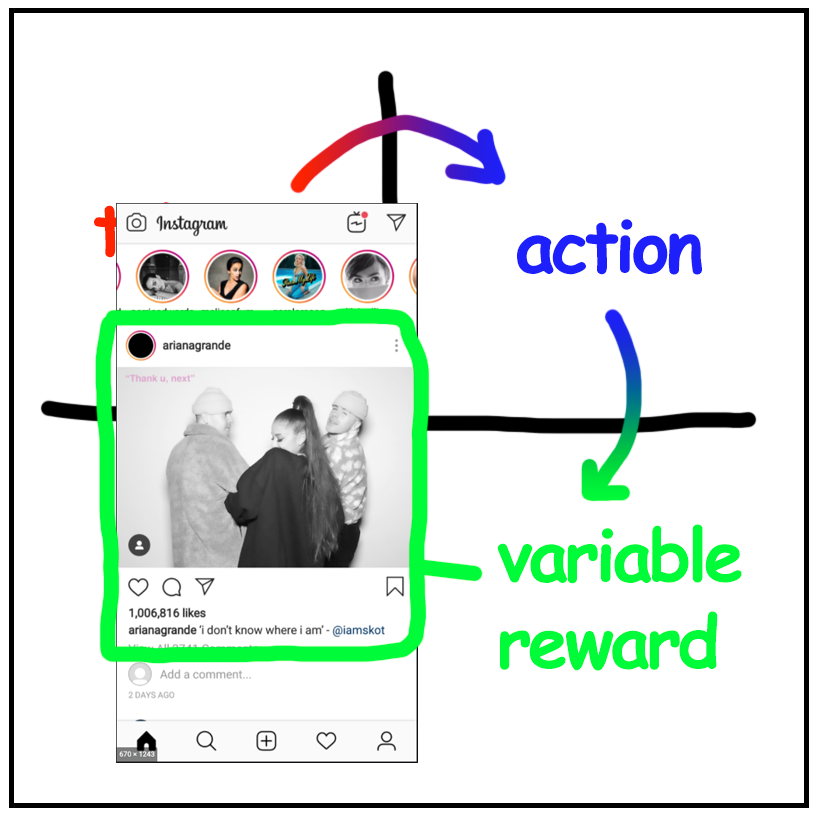 If we were to see the same feed over and over again (not enough novelty) we would get bored.

If we were to see radically new content every time (too much novelty) we would not be engaged.

The final step in the chain is to make us invest in the product such that it becomes more valuable to us. When we engage with the platform, the product, we feel like it is “ours”. It’s “our timeline”, “our twitter feed”, while of course the whole purpose is to shove more ads in your face. 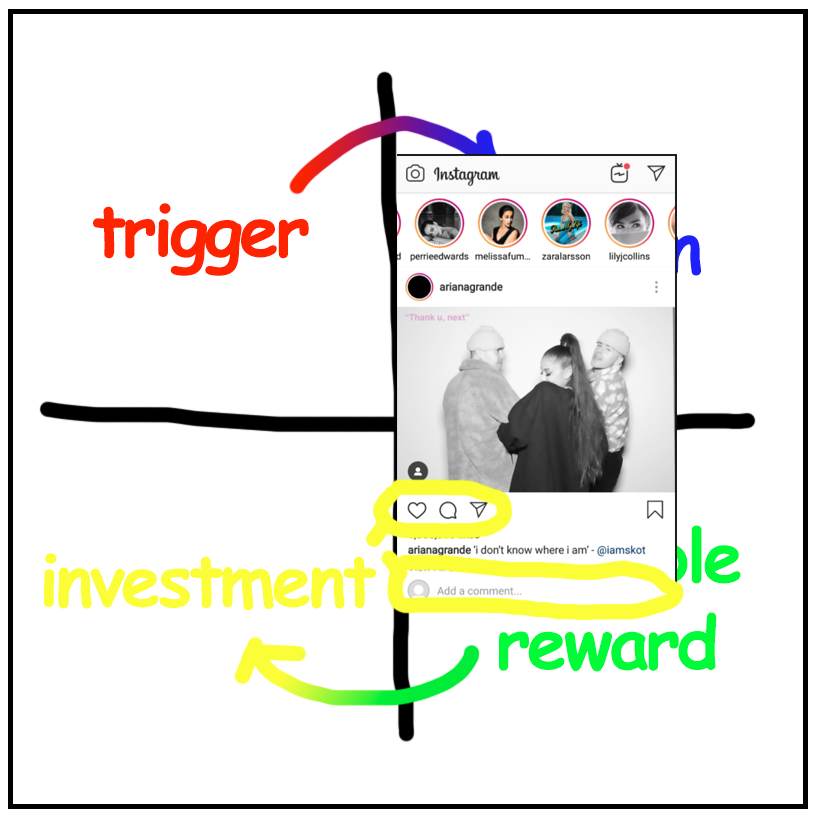 That completes the cycle. I present to you the four-step Hooked model. 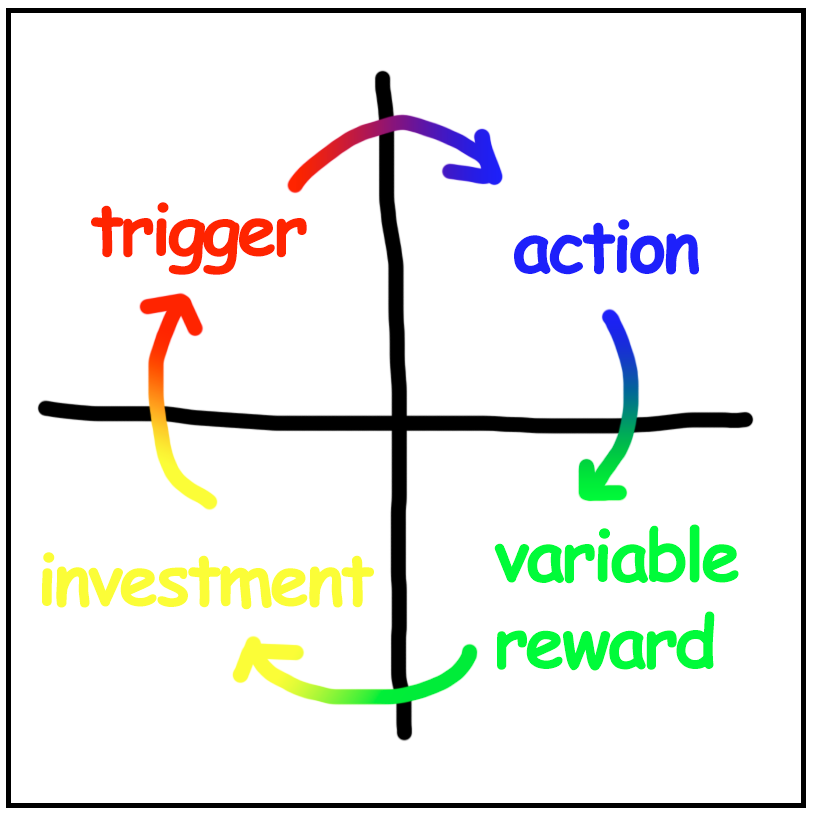 One loop feeds into the next

Now what is so scary about this, is that one loop feeds into the next.

Having opened Instagram (the first loop), it opens up the newsfeed, which is a new trigger for you to scroll down (action) which provides you with new instagram posts which you may or may not like (variable reward) leading you to post/engage/like/comment (invest) which leads to new triggers (notifications).

See how damn scary this is?

This is how your brain is being hacked. Endless loops of triggers, actions, variable rewards, and investments.

How do they do it? Endless novelty

These products make you engage by providing you an endless amount of novelty at the low low price of a single action. Just think about the amount of actions you have to take to enter one of their loops:

They make it as simple as possible for you to fall into one of their traps. Honestly, I don’t dare to hypothesize what the next step is.

So that’s how they do it, endless novelty at the tip of your fingers. 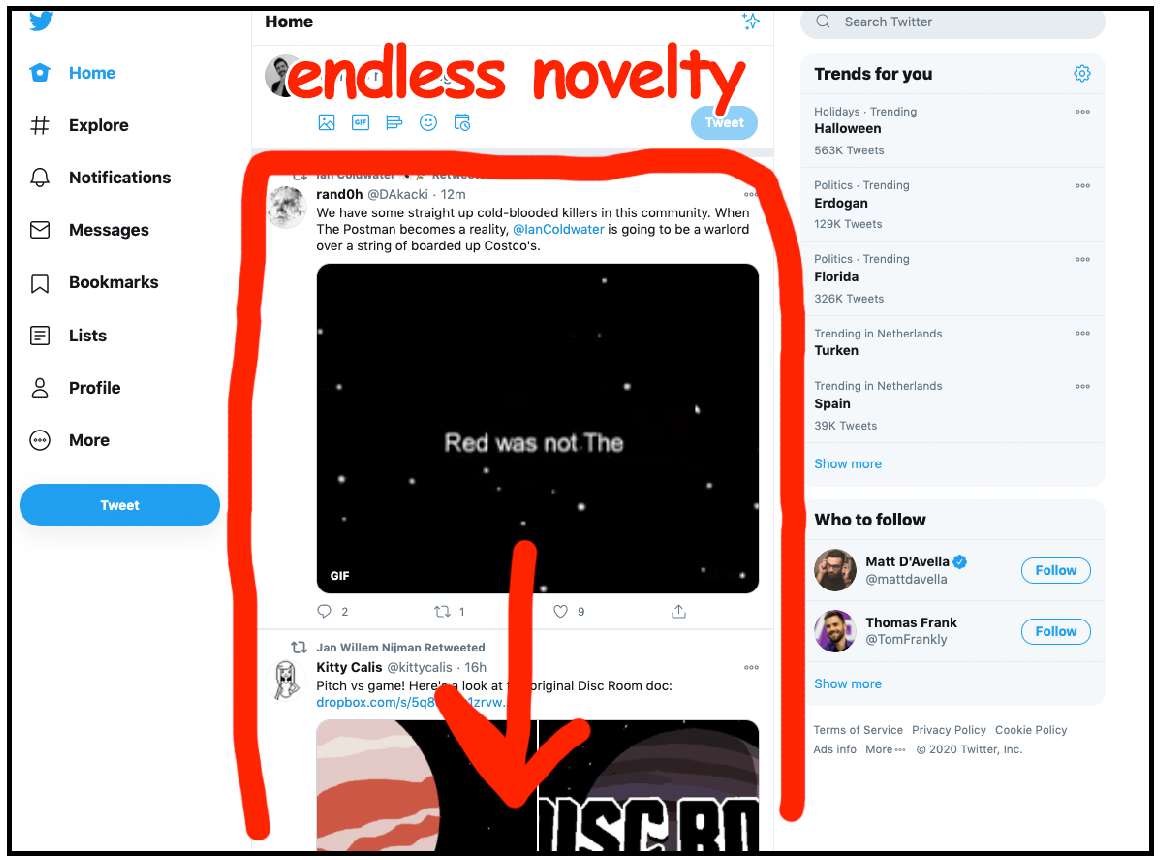 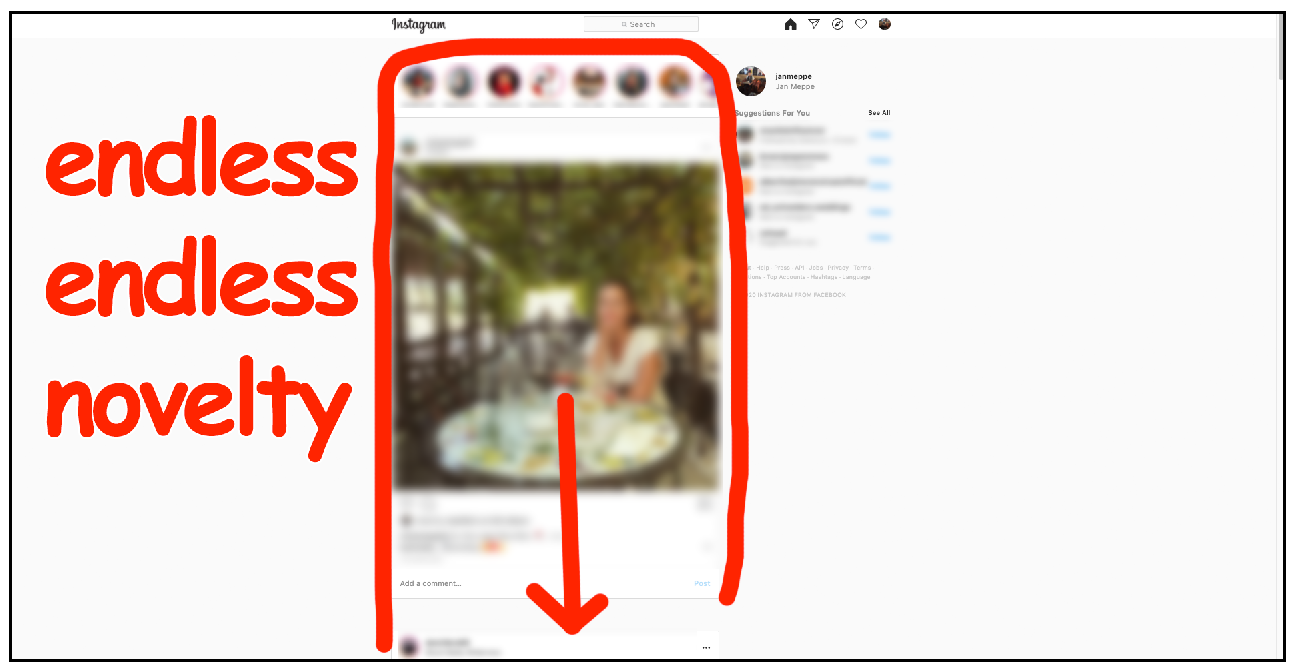 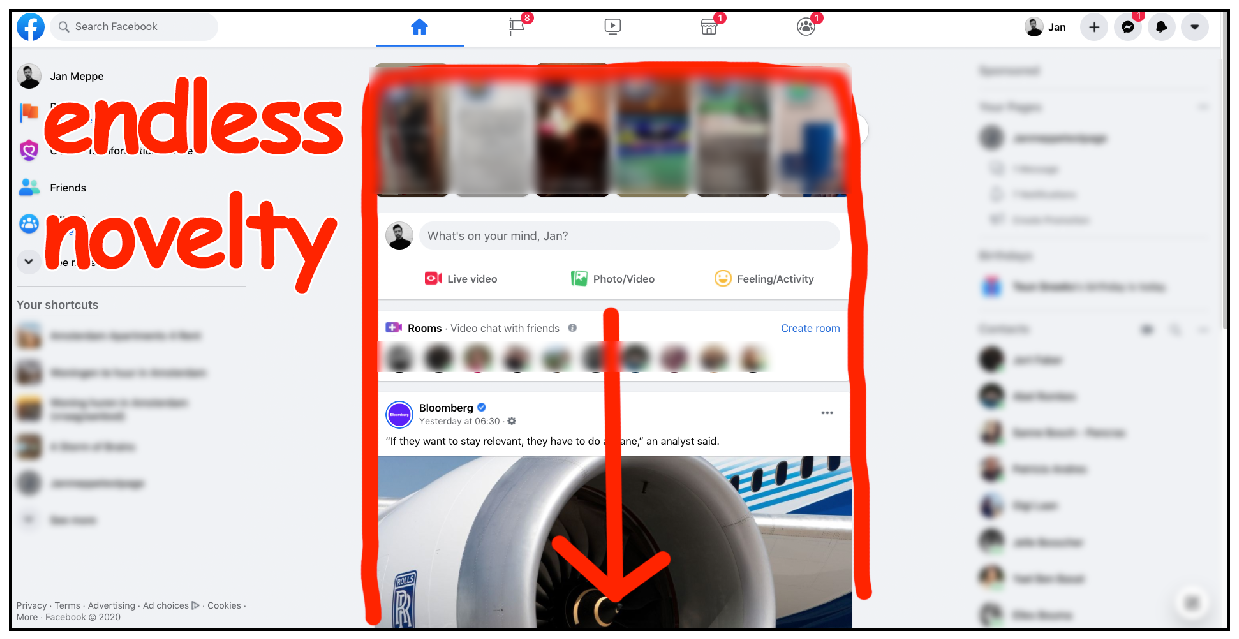 I hope I have given you a new perspective on some of our biggest digital products. Even though I do not provide any remedies, simply being aware of what is happening is the first step in breaking the cycle.

To summarize, in this blog post I showed you to the four-step Hooked model (trigger, action, variable reward, investment). And I show you how Twitter, Facebook, and Instagram all use the same model to keep you hooked to their product.

If you think you are immune, think about the first thing you did when you woke up. 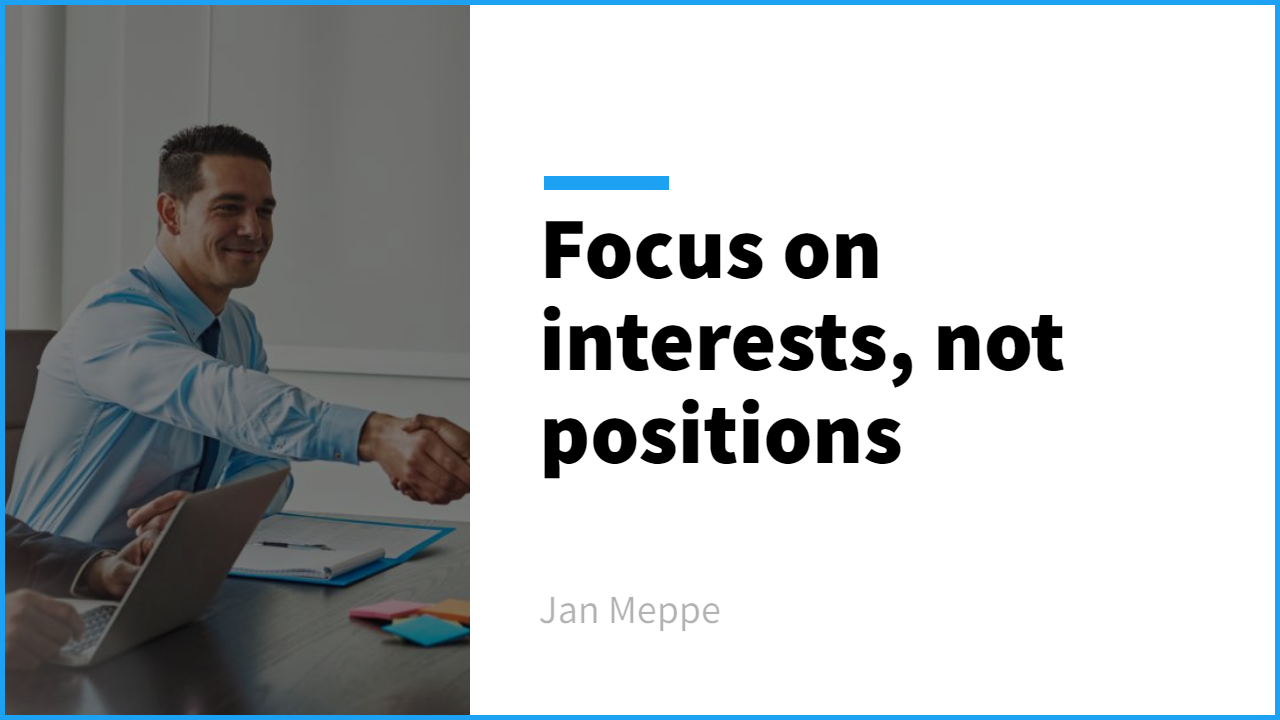 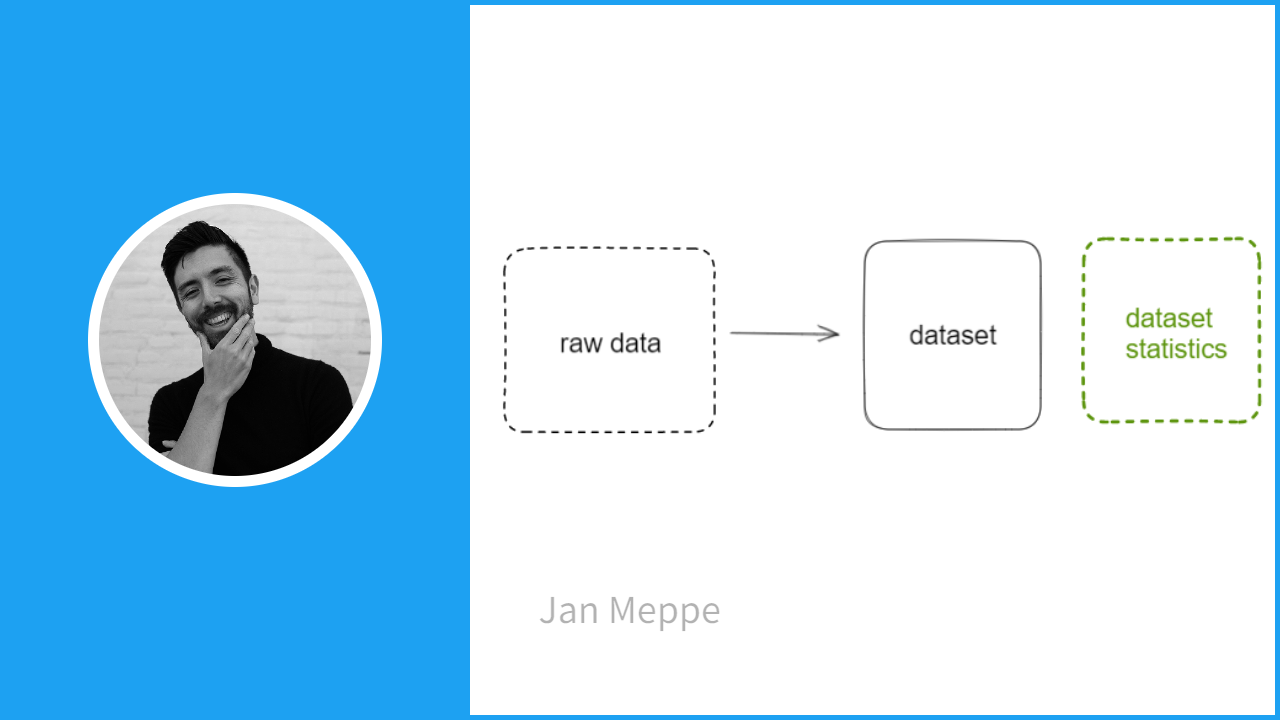 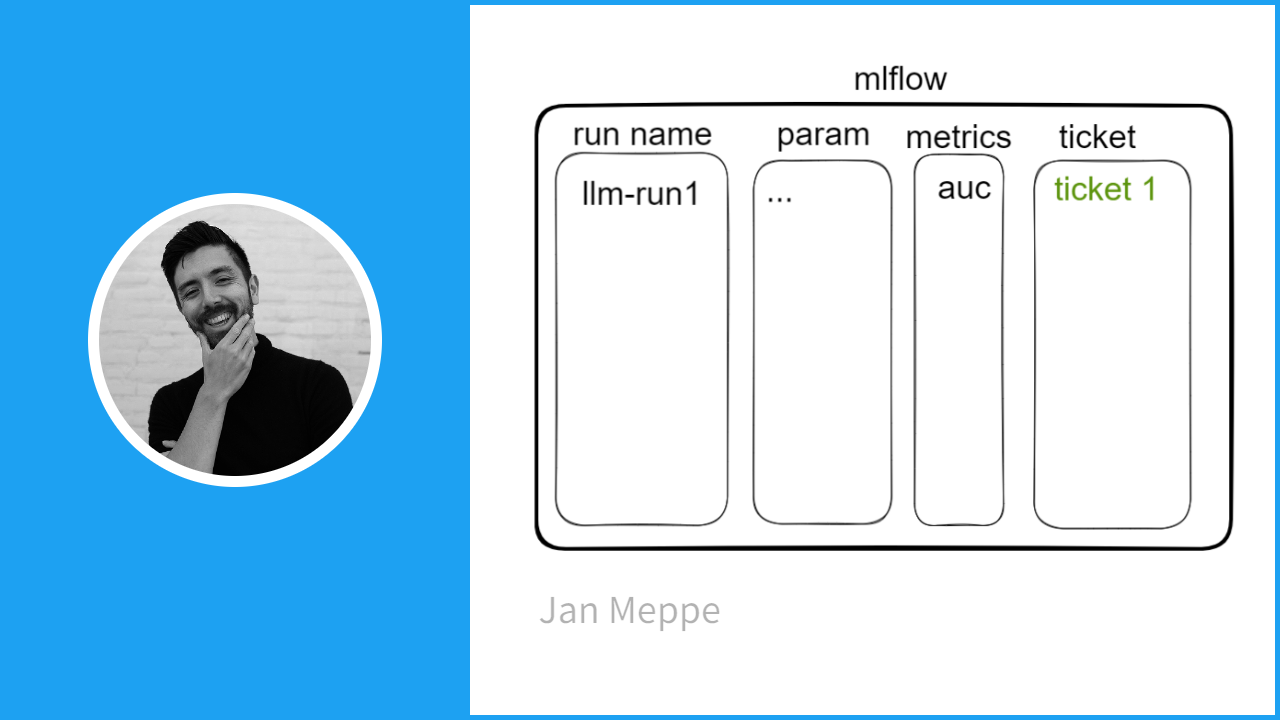